Employment and investment in regional South Australia have been bolstered with the South Australian Drought Resilience Adoption and Innovation Hub announcing the appointment of Node Coordinators and the establishment of Node offices.

“The Node Coordinators are vital cogs in the Hub’s operations,” Dr Lee says.

“They are responsible for working closely with the Hub’s partners and key stakeholders in their respective regions to facilitate and deliver demand-driven activities that focus on innovation and adoption to build drought resilience among farmers and regional communities.

“The Drought Hub is now seeking submissions for the delivery of projects and activities in 2022, and the Node Coordinators will play a leading role in developing those initiatives.”

Kym Walton, who has 24 years’ experience in the water and environment industry, has been appointed Loxton Node Coordinator (low rainfall and irrigated agriculture) and Team Leader for the Nodes. Raised in the Riverland, Mr Walton is based at the Hub’s office within the Loxton Research Centre.

The Minnipa Node Coordinator (low rainfall) is Fiona Tomney, a research officer with the Department of Primary Industries and Regions who farms at Chandada on Eyre Peninsula with her husband and two sons. She is based in the Hub’s office at the Minnipa Agricultural Centre.

Melissa Horgan has been appointed Port Augusta Node Coordinator (pastoral), having worked in natural resource management for more than 20 years, particularly within the pastoral and low rainfall mixed farming zones of the Upper Mid North and EP. She is based at the SA Drought Hub’s Node office within the Uni Hub building at Port Augusta.

The Orroroo Node Coordinator (low rainfall) is Joanne Ridsdale who was born and bred on a pastoral property in the Northern Flinders Ranges and has a background working in the arid pastoral environment. She is based in the Node office at 5431 Collective in Orroroo.

The Node Coordinators have been appointed through the Department of Primary Industries and Regions (PIRSA) which is a major SA Drought Hub partner.

Hub Deputy Director Dr Rhiannon Schilling says the Hub and its many stakeholders will benefit enormously from the skills, expertise and experience of the Node Coordinators.

“To have staff of such a high calibre in our regions will help to ensure local and relevant drought preparedness outcomes are achieved,” says Dr Schilling, who is the Program Leader of Agronomy at the South Australian Research and Development Institute (SARDI), a division of PIRSA.

The Node Coordinator position for the high rainfall zone will be announced soon.

Led by the University of Adelaide and in partnership with PIRSA, the SA Drought Hub is one of eight Hubs established across the nation in 2021 through the Australian Government’s Future Drought Fund.

The SA Drought Hub’s headquarters are at the University of Adelaide’s Roseworthy campus where Dr Lee and Hub Knowledge Broker Tony Randall are based.

The regional Node offices provide a ‘shopfront’ for farmers and community members to discuss ideas and to access information on enhancing drought resilience.

More information about the SA Drought Hub is available at https://sadroughthub.com.au/. To find out more about the Australian Government’s Future Drought Fund, go to www.agriculture.gov.au/fdf. 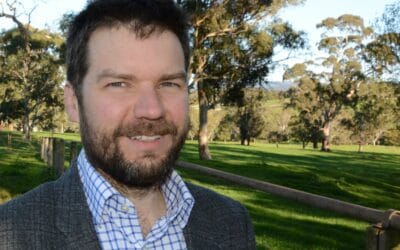 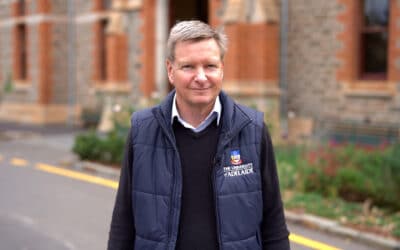 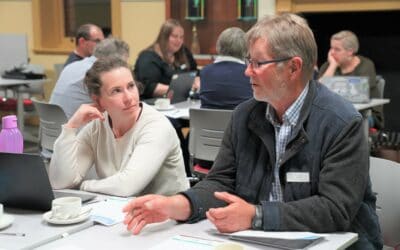